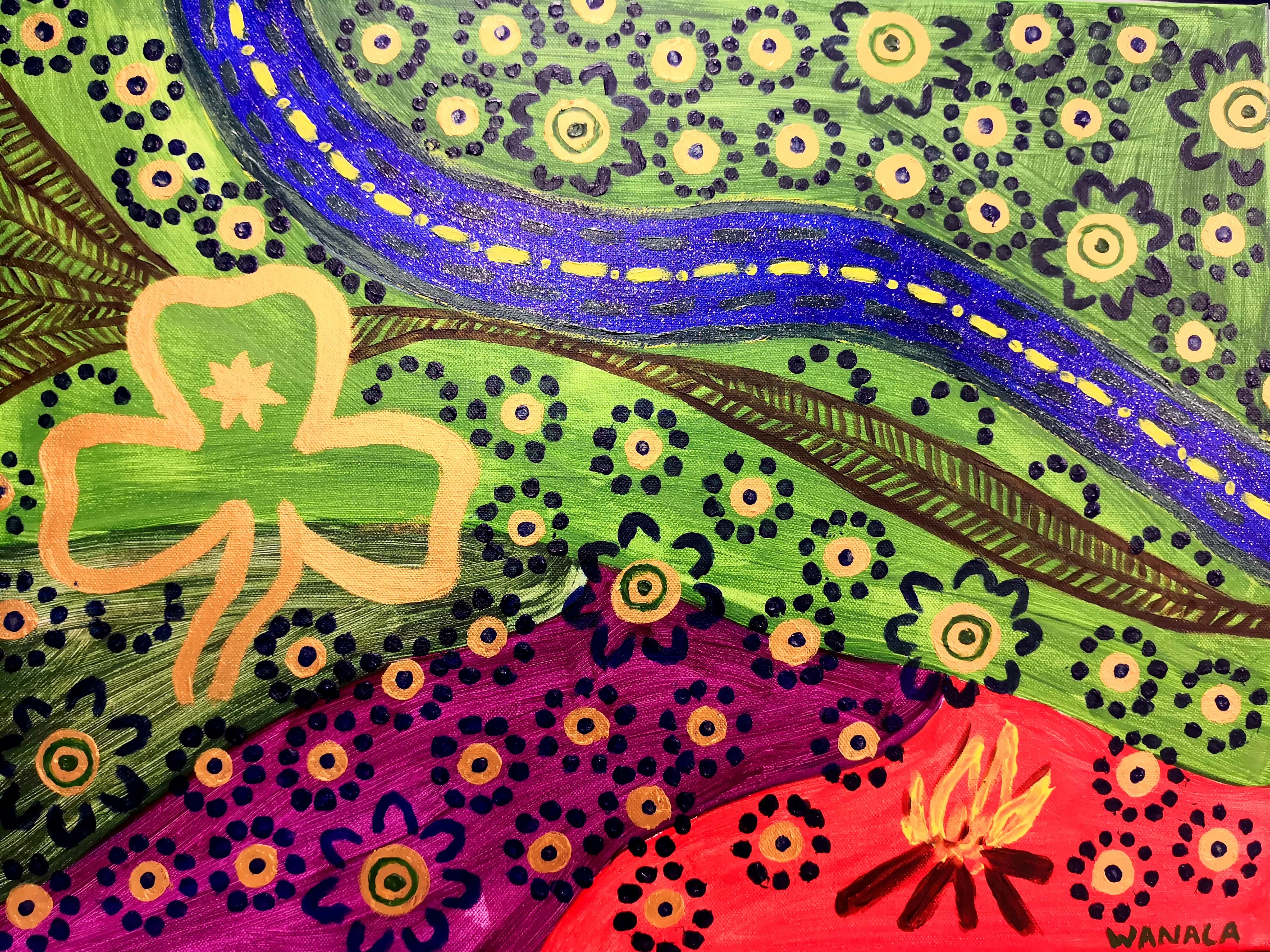 NAIDOC week is a time to celebrate the many thousands of years of Aboriginal and Torres Strait Islander culture.

You can join in local activities (just contact your local Aboriginal Co-op, Council, or local Library to find out what’s happening in your area).

You may be able to attend a flag raising, hear a ‘Welcome to Country’, see some Aboriginal dancing and didgeridoo playing, or someone singing, attend a BBQ, a Family Fun Day, a special local tour to see the places that are special to the Aboriginal people of that area, and find out why.

It’s a great time to learn more about our history, and about the local language and customs.

You can see from the map of Victoria below that it looks more like a map of Europe! 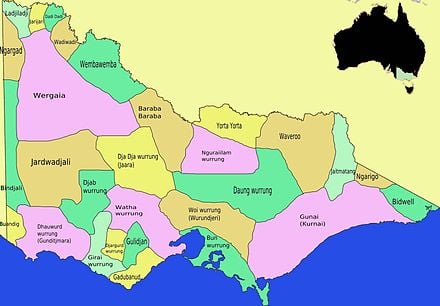 And it did, in fact, have lots of different countries, each one with their own Aboriginal people, and their own language and customs.

VACL (Victorian Aboriginal Corporation of Languages) says:
Language is important to Aboriginal people because it is a way for them to express their identity and be proud of where they come from and who they are.

Prior to colonisation there were approximately 250 Indigenous languages spoken in Australia (approximately 40 in Victoria). Some of these had several varieties, and there were altogether about 500 language varieties used across Australia.

Before settlement Indigenous individuals were capable of speaking five or more languages fluently. When two people met, they could identify the region each came from by the way they spoke. It was a bit like travelling across Europe and recognising which country each person comes from by their language.

When Aboriginal people were on Reserves and Missions (where they were forced to go, as the English settlers took their land) they were mostly forbidden to speak their own language. Because of this and the other events that happened at this time, over three quarters of Aboriginal languages in Australia have been lost forever.

Many languages that survived in part, have now been reconstructed, and people can once again learn the language of the group they belong to. Some people have several countries that they have descended from.

This year the theme is “Voice, Treaty, Truth”. Charmaine Mumbulla is the winner this year. Charmaine cares deeply about the 2019 National NAIDOC theme, and about the celebration of Indigenous art and history.  As a Kaurna and Narungga woman, her family hails from Point Pearce in South Australia. Charmaine now lives with her partner and two young children in Sydney where the family run a creative agency called Mumbulla Creative, focusing on Indigenous design and education.

When reflecting on this year’s NAIDOC theme “Voice, Treaty, Truth – Let’s work together for a shared future” Charmaine reflects on her family’s history and the contemporary challenges that remain: “Generations of my family lived on a mission and almost every aspect of their lives was controlled by government policies and laws.”

Awaken artwork. Early dawn light rises over Uluru, symbolising our continued spiritual and unbroken connection to the land. The circles at the base of Uluru represent the historic gathering in May 2017 of over 250 people from many Aboriginal and Torres Strait Islander nations who adopted the Uluru Statement from the Heart. Our message, developed through generations, is echoed throughout the land: hear our voice and recognise our truth. We call for a new beginning, marked by a formal process of agreement and truth-telling, that will allow us to move forward together.

← World Thinking Day 2020
Get your Guiding Uniform, Badges and Supplies! →