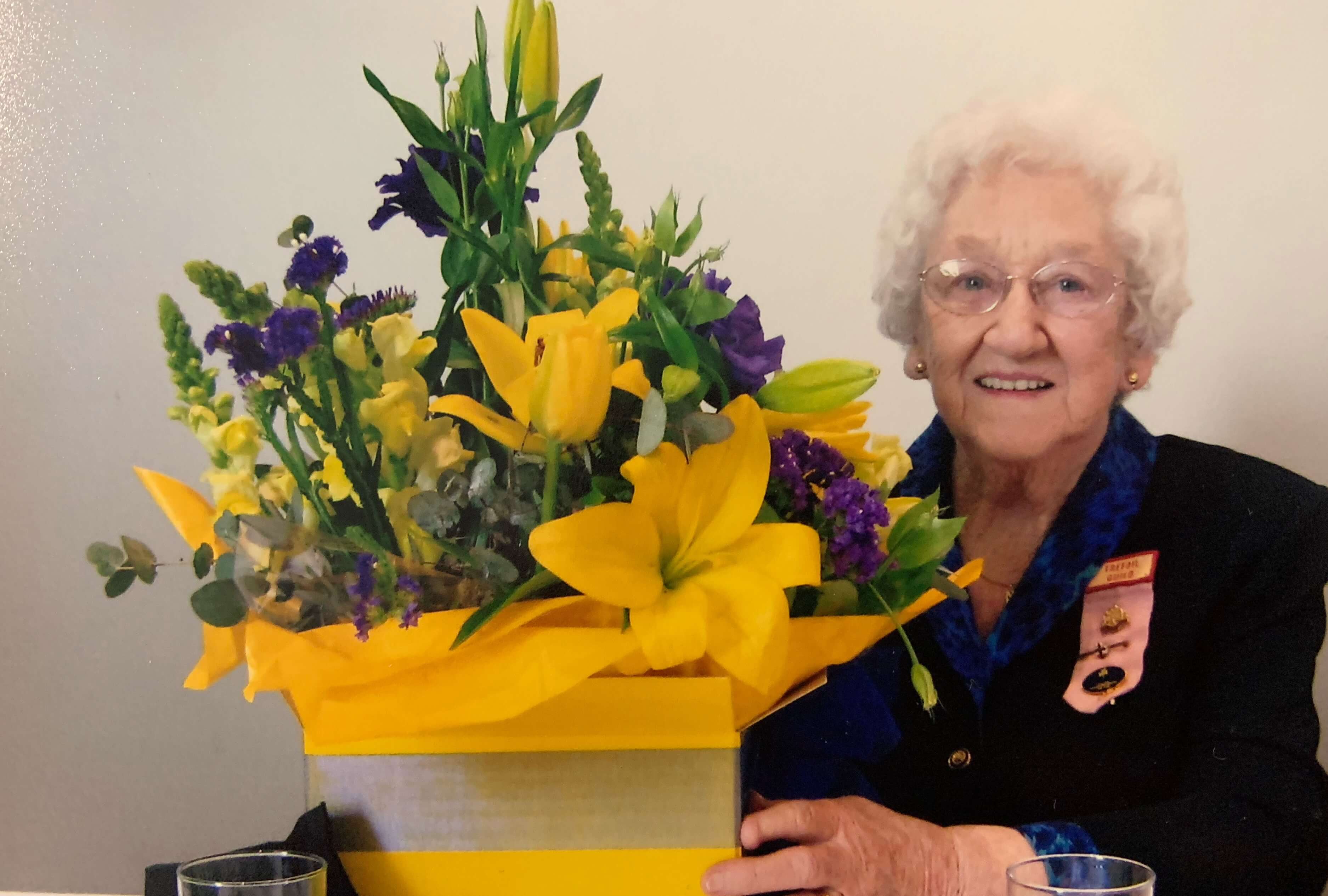 By Guides Victoria / 26 Jul 2019 / Comments Off on Celebrating Muriel Burns: 60 Years of Guiding

Muriel Burns, who celebrated her 100th birthday on the 17th of July, has been a Girl Guide for 60 years. Past Secretary of the Goulburn Valley Trefoil Guild, Marj Earl conducted an interview with Muriel at her home in Shepparton, on behalf of Girl Guides Victoria. 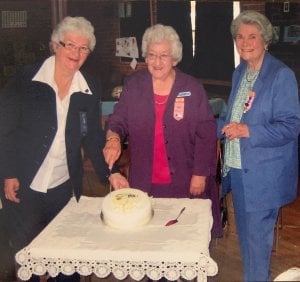 How did you first get involved with Girl Guides?

I started as a Brownie at seven and joined with a couple of my friends. Mrs Nancy Vibert was Brown Owl and our meetings were held in the former St Augustine’s Church Hall when it was located in High Street, Shepparton. This is the site that Target is now built on. We met after school during the week, and we had four Sixes, and I was a gnome. I clearly remember dancing around the toadstool where each Six sang their special song, and I completed my Brownie Wings to fly up to Guides. 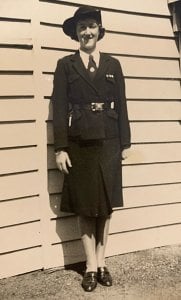 I was a Patrol Second and then a Patrol Leader of Violet Patrol. I was in the Colour Party for the official opening of the Shepparton Guide Hall in 1936 by Lady Huntingdale. I was a Company Leader, a Lieutenant, and then an Acting Captain of the Girl Guides in Shepparton. I left to be married at the age of 27, and had two children, and then was a member of the Goulburn Valley Trefoil Guild when it was formed in 1961. I am the only original GV Trefoil Guild member still attending meetings. I received my Long Service Certificate for 60 years.

What are your favourite memories of Girl Guides?

Our Guide Company went for a hike across Lake Victoria in the bush area where we made a campfire and sang lots of songs. We found some sticks, sharpened the fork, and cooked our sausages. It was fun. In the Hall we played Patrol games, and I remember we had to tie our knots on a chair – not everyone had to tie the same knot.

We did badges, and I completed all those needed for looking after the house. This included Needlework, Cooking, Child Nurse, First Aid, and Homemaker – I am a very practical person and worked as a dressmaker when I left school.

I was very proud to be given one white stripe as a Patrol Second and then I received two white stripes on my pocket to show I was a Patrol Leader. I had a lanyard and whistle too.

How did volunteering with Girl Guides benefit you?

Friendship – the opportunity to make friends with other girls and women who you might not otherwise meet. Girl Guides gave me the opportunity to use and develop leadership skills and taught me to help and listen to the opinions and ideas of other people. 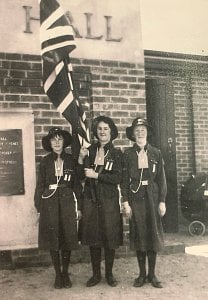 “It is very important to listen to girls and not just tell them what to do all the time.”

What advice would you give to the leaders of today?

Be friendly, listen carefully to what the girls and other Leaders are saying, and treat each person as an individual. Not everyone can do the same thing in the same way and often they don’t want to because their interests may be different. Most importantly, have fun!

What advice would you give to the Girl Guides of today?

Girl Guides is a great place to make friends and have fun. Learn some new skills and have a go at things you would not normally try. Take the opportunity to go camping, travel to camps and events in other countries and meet girls from other cultures. Make friends for life. Treat others as you like to be treated. 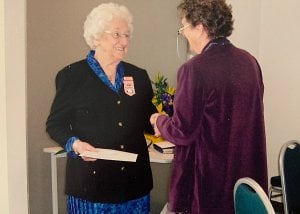 Muriel still lives independently. She likes to go to Hakea Lodge/Tarcoola for respite a couple of times each year and goes to Melbourne to spend Christmas with family. She always loves to get back to her own beloved Unit in Shepparton.